That same day, Kingsville agents working at the Javier Vega Jr. Checkpoint arrested a Mexican national following a failed human smuggling attempt. During processing, agents identified him as Felipe Antonio SALAZAR-Garcia who was previously arrested under the alias name of Felix Anthony PARADA in North Carolina by the Greensboro Police Department (GPD) for indecent liberties with a child. A judge sentenced SALAZAR-Garcia to 16-20 months confinement and 60 months probation.

This morning, Gregory, Texas, Police Department contacted the Corpus Christi station and requested assistance in identifying a subject they encountered during a vehicle stop. Upon arrival, agents interviewed a subject, later identified as Guillermo Antonio BARRERA-Vasquez. Agents transported BARRERA-Vasquez to the station for processing after admitting he was a Guatemalan national in the country illegally. During processing, agents discovered he was a member of the Mara Salvatrucha gang (MS-13) with multiple immigration removals.

The public is encouraged to take a stand against crime in their communities and report suspicious activity at 800-863-9382.

Even with the spread of the COVID-19 virus, human smugglers continue to try these brazen attempts with zero regard for the lives they endanger nor to the health of the citizens of our great nation.  The U.S. Border Patrol agents of the Rio Grande Valley Sector will continue to safeguard the nation and community against these criminal elements.

Please visit www.cbp.gov to view additional news releases and other information pertaining to Customs and Border Protection. Follow us on Twitter  @CBPRGV, @USBPChiefRGV and @USBPDepChiefRGV. 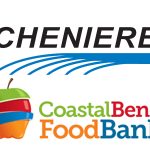