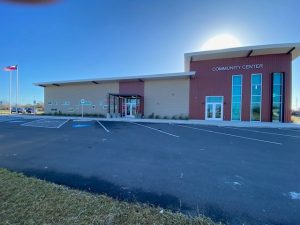 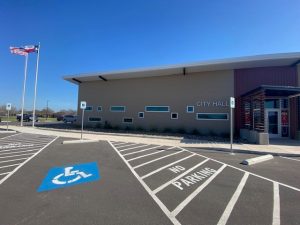 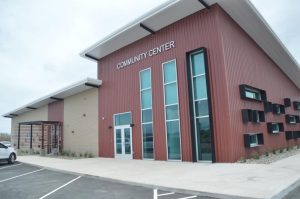 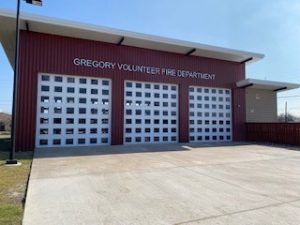 New night drop box has been installed at our new City Hall at 310 Ayers Street.

Welcome to the City of Gregory! We are located at the intersection of Highway 361, Highway 35, and Highway 181 in the south San Patricio County. Our city takes pride in having small-town appeal while simultaneously being positioned near big city amenities, as well as employment opportunities in the industrial sector.

Gregory dates back to 1887 when the Coleman-Fulton Pasture Company and the Aransas Pass and San Antonio Railways agreed to create a town, previously known as the Corpus Christi Junction. In 1909, President William Howard Taft made an extended visit which resulted in the town earning national recognition. A post office and school were built quickly after to accommodate the growing population. In 1951, Gregory was officially incorporated and elected their first mayor. With the recent expansion of the La Quinta Ship Channel, Gregory and San Patricio County are becoming some of the best locations for industrial development. Recently, companies such as Gulf Coast Growth Ventures, TEDA TPCO America Corporation and Voelstalpine Texas LLC have chosen to invest billions of dollars to open facilities in Gregory. These decisions are improving the city’s infrastructure, services and public education. In 2014, Gregory-Portland ISD celebrated a ribbon cutting for Stephen F. Austin Elementary school, located in Gregory. From its inception over a century ago, Gregory has continually proven to be a friendly, hometown community and welcoming to new industry in the surrounding areas.

City leadership consists of five elected alder members and one elected Mayor. City staff is composed of a City Administrator, who oversees City management and City employees, a City secretary, a Police Chief, who oversees the Police Department, and a Fire Chief who oversees the Volunteer Fire Department. There are different volunteer boards residents of the community can join to contribute to the success and development of the City of Gregory.